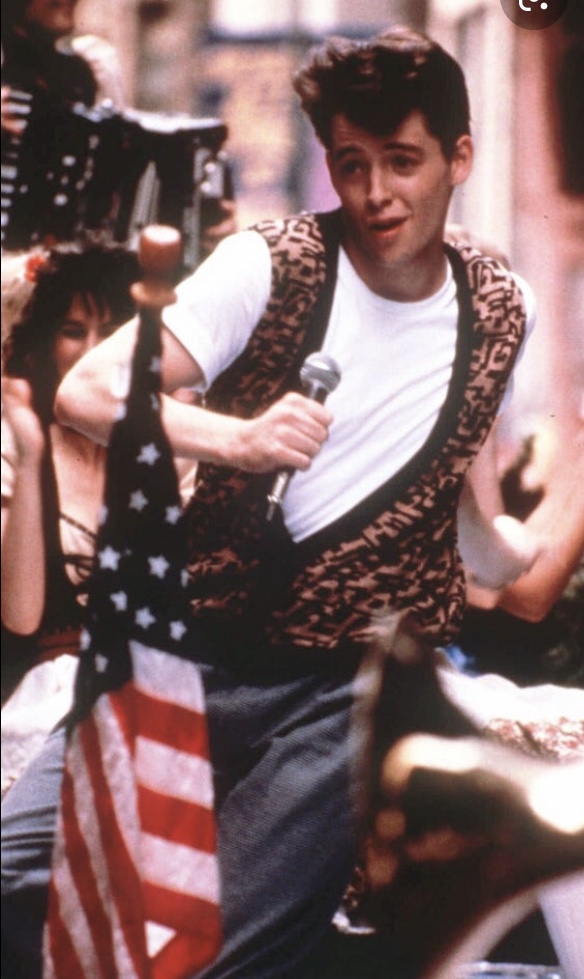 I spend an inordinate amount of time in my car: after school activities, clubs, sports, practices, dance, and regular mom-errands. That will surely change when Middle Daughter gets her license, but for now, well, it’s not. Sometimes I can put 90 miles on my car in a single day, without ever leaving town. And I carpool. Because I am in the car that much, I listen to so much music. And I think about random stuff a lot. My mind wanders and I make crazy associations. Put all of those together and I’ve come up with my own list of Superlatives for songs of my generation.

Most Unintelligible Lyrics in a Pop Song: “Mmm Bop” by Hanson. Does anyone really understand more than 20% of these lyrics without looking them up? And does anyone really care? No. Because we all sing along anyway.

Song with The Worst Musical Riff: “Wishing Well” by Terence Trent D’Arby.   If I hear even part of that song once, that shit will be stuck in my head for days. The Husband and I used to torture each other with it.

Most Repetitive Song: “The Sign” by Ace of Base. Actually, almost anything by them.

Songs Most Likely to Make Me Change the Station: “Tom’s Diner” by Suzanne Vega, and some really bad a cappella version of “Bad Blood” by Ryan Someone. I wasn’t a fan when Taylor Swift sang it, and I’ve even less of a fan this time.

Song Most Likely to Make Me Want To Play Piano: “1000 Miles” by Vanessa Carleton. Enough said. You’re singing it in your head right now, and finger drumming imaginary piano keys, aren’t you?

Most Complete Archive of Song Lyrics in My Own Head: anything from Madonna, from “Lucky Star” through “Like a Prayer.” I AM a child of the ’80’s.

Songs Most Likely to Make Me Nostalgic for My Awkward Middle School Years: Anything by Duran Duran. Oh, Simon LeBon, if only you weren’t gay, we could’ve had a wonderful future together.

Song Most Likely to Make Me Break Out the Dance Club Moves: “Let the Music Play” by Shannon. If the DJ didn’t play this at Under 21 dance club nights, we were PISSED.

Song I Wish I Knew the Lyrics to But Play at Full Volume Anyway: “Learn to Fly” by Foo Fighters.

Favorite Sing-Along Soundtrack from My Earlier Years: “Grease”. Of course.

Song That No One Better Change the Station: “Don’t Stop Believin'” by Journey. I am a small town girl. Living in a lonely world.

Best Song to Play Air Drummer to: “Pour Some Sugar on Me” by Def Leppard. It has absolutely nothing to do with the fact that I should keep one hand on the wheel, and they have a one-armed drummer.

Best Cheesy Rock Ballad That Brings Back Teenage Heartbreak: “Every Rose Has its Thorn” by Poison. Ah, sweet unrequited love/crushes of my teenage years. Somewhere I have a poem journal with these profound lyrics written in the margins.

Song Most Likely to Horrify my Teens Because I Know All The Lyrics: “Push It” by Salt-n-Pepa. ‘Nuff said.

Song Most Likely to Make Me Dance Anywhere: “September” by Earth, Wind, and Fire. C’mon, put your hands in the air…you know you want to…

Song Most Likely to Make Me Shout the Lyrics as if I’m At The Concert: “Livin On a Prayer” by Bon Jovi. Does this even need explaining?

Song Most Likely to be The Anthem for My High School Years: “I Remember You” by Skid Row. Funny enough, it was actually one of our prom themes.

Song Most Associated (in my mind) with an Iconic 80’s Movie: “Twist and Shout” by the Beatles. Bueller? Bueller? Anyone…? Anyone…? When I hear that song, I do not see Paul McCartney singing. I see Ferris in his white t-shirt and leopard print vest on the parade float. (Followed closely by “Don’t You Forget About Me” by Simple Minds.)

Songs Most Associated With My Kids: On one long road trip, I listened to almost every song by The Dixie Chicks. I discovered I have a song associated with each of my children… “Wide Open Spaces” is for Oldest Daughter (because I always knew she’d need them, moving on to do big things); “Landslide” is for Middle Daughter (because she sang this as a duet in her winter concert and harmonized so beautifully it made me catch my breath); and “Godspeed” is for Youngest Son (because he’s my littlest man). And every one of them makes me cry.

Thank you, readers, for reading and indulging my random and rambling list. This is the part of the blog where I invite the audience to participate. I’d love to hear some of your own creative Superlatives (flattering or not), and if you have a song(s) associated with your kid(s). Carry On!

2 thoughts on “Most Likely To…”