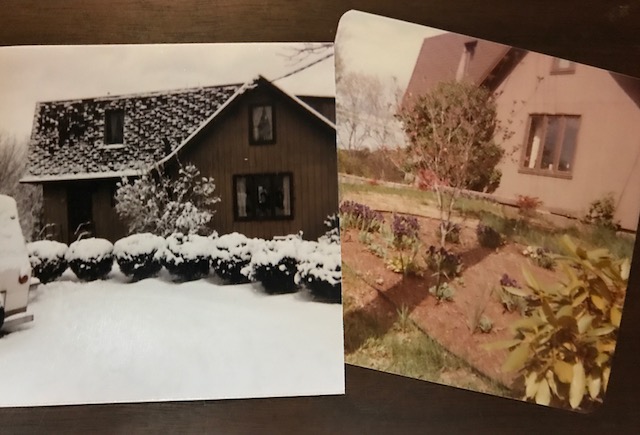 I grew up in a house that wasn’t on an actual street, that didn’t used to be an actual house.  My grandmother was my closest neighbor, and two families of aunts, uncles, and cousins lived down the hill on adjacent properties.  I grew up hearing the trains rumble by just a few hundred yards away, but felt I had so much room to move on our hill in the middle of our small city.

Sometime after my parents got married, they purchased the property that had my Grandpa’s workshop on it, from my Gram.  Grandpa was a naval architect, but the building had been empty for years, as he passed away before I was born.  My parents hired a builder; he turned the largest room, where Grandpa built boats, into the living room, the large steel beam still visible across the long ceiling. The style was called “California Contemporary”.  I’d never seen another house like it, then or since.

Our address was on a street that only existed on certain maps. It was called a “paper street,” meaning the city had plans to build it at one point, but never actually did. The entire time I lived there, ours was the only house with the address Villa Street, even though there were many neighbors close by.  Our family had memorized a certain speech when trying to give directions to first time visitors: “at the end of that dead end street, there’s a gravel driveway that goes to the right, follow that around…”

Home always had a particular  smell.  I associated it with my mom’s cooking.  The dark wood of the kitchen cabinets seemed to be infused with the smells of our favorite meals growing up:  homemade sauce and fresh meatballs, baked cornflake chicken and corn muffins, turkey dinners with string bean casserole.  I always looked forward to the smell of home on college breaks.  I’d walk in the door, breathe deeply, and that scent would fill me up with the promise of sleeping late and real eggs for breakfast.

The kitchen always had a radio playing, but never had a dishwasher.  Mom said she never wanted to give up any cabinet space. She had amassed the largest Tupperware collection I’d ever seen, the bowls and containers and lids required their own cabinet.  She still has the giant green mixing bowl that held six batches of Christmas cookie dough.

We didn’t get a microwave until I was in high school, and it took my parents a long time to get used to using it.  I’m convinced my Dad thought for the longest time that its only good use was for reheating coffee.  My kids, when they learned of this, asked me incredulously, “But… how did you make popcorn?!”

The kitchen walls were sunshine yellow, with a big bay window facing east.   My mom had a collection of owl figurines and cacti on that window sill.  I hated dusting that sill because on many occasions I accidentally brushed against one particularly nasty cactus, and would spend the next hour pulling tiny spines out of my hand.  We sat down to dinner in front of that big window, on black vinyl round-backed chairs, and our legs stuck to them mercilessly in the summer.

We sat down to dinner together.  Almost every night.  Even through my high school years when I balanced a part time job and a cheerleading schedule, and my brother played Pop-Warner football.  Even if we had to eat at 4:45 pm because that was the only time we’d all be home.  Sometimes we talked a lot, other times we didn’t.  But we were together.  I look back on that now and realize how important that was, how important that is.  And I appreciate it.

Our living room was off the kitchen.  We had a long couch and end table unit that was actually one piece of furniture, sitting on a dark wood frame.  The end tables were topped with slabs of hammered black slate, to match the coffee table.  The fabric and texture of the couch could best be described as brown woven scratchy mesh, not unlike deck furniture.  When my parents decided to replace the worn couch, my Dad sawed it apart from the two very functional, still-in-fine-condition end tables. We also had an oversized orange arm chair and ottoman, of similar fabric.  I’m not sure what happened to that, but I recently discovered photographic evidence that we had it through part of 1990.

The front door to our house was in the living room, but we barely used it.  My mom hated the thought of people walking in from the outside right onto the living room carpet.  If the front doorbell ever rang, we knew it was someone who’d never been to the house before.  The only time we ever used that front door was when we’d bring our Christmas tree in from outside.

One of my earliest memories is from before the house was finished.  I stood in the upstairs hallway with my Dad, in front of the wall separating what would be two bedrooms, one for me and one for my soon-to-be-born baby brother.  I picked the room on the left, probably because it was bigger, and I asked my Dad to paint it blue.  It was a room on the east side of the house, so the morning sun would fill it up with light and heat, early.  I once moved my bed near that east window and set my alarm clock on the window sill.  After a few months of summer sun, the alarm began to sound sickly and eventually stopped working altogether.

I could see and hear the trains from that window, and sometimes I’d count the cars of the really long freight trains. I used to like to count how many open coal cars I’d see, and whether or not the train had a caboose.

My brother and I had “cubby holes” in our rooms- unfinished crawl spaces next to the dormer windows.  My mom made curtains out of old sheets to cover them.  We used them as extra closet space for toys and sleeping bags.  When I was very little, I would have my bed placed anywhere but near that cubby hole.  I was afraid something would crawl out of it.  I wished it had an actual door.

Our house was built without an attic, or even a crawl space, and a flat roof.  In retrospect, it was a definite design flaw, especially for New England.  Humid summer air would collect on the second floor and our bedrooms would feel like saunas.  My parents’ solution to this was to put one oscillating fan in the hallway, right in front of the wall separating our two bedrooms.  Thinking the other wouldn’t notice, my brother and I would surreptitiously turn the base of the fan to maximize the breeze into our own rooms.

It was much to our continued dismay that our parents refused to invest in air conditioning throughout our childhood.  “It’s too expensive, it drives up the electric bill…  besides, we don’t need it- we have a pool,” was their standard answer. We did have a pool, but we didn’t think that was a good enough reason.  Sometimes the decision to sleep naked versus keeping the door open for a cross breeze was an actual struggle.

When my brother was old enough to get a job, he saved up for his first big purchase- an air conditioner.  Dad helped him hook it up in his room, with the condition that he’d contribute to the electric bill every month. I had a job as well, but I didn’t want to spend my money on an air conditioner.  I had the fan to myself by then.

Our basement was unfinished while I lived home.  It was filled with large mysterious pieces of equipment that I rarely saw my dad, who was a welder, use.  There was always a motorcycle parked in the basement, various antique car parts, and a sign that said something like, “Viet Nam.  If you weren’t there, then shut the hell up.”  We also kept an extra refrigerator down there, a pencil sharpener, and an old coal stove.  There was one window with a broken pane, my dad covered it with a piece of wood.  It was just large enough for my little brother to fit though if I couldn’t find my house key after school.

We moved into the house in November of 1976, a few months before my brother was born.  There were many things that stayed the same the whole time I lived there, and up until my parents sold the house a few months ago.  The rust-colored plush rug in the living room, the small dark blue tiles and the “heat lamp” in the upstairs bathroom, the orange and brown patterned linoleum in the downstairs half-bath, and the gold electric range in the kitchen that, somehow, still worked perfectly.  I’m sure they could have updated those things if they really wanted to, but looking back now – as a parent- they were probably more concerned with making sure my brother and I had braces and money for college.  The cosmetic stuff was never a priority; that rug, those tiles, they were home.  It was where we grew up. It was where we were safe.  It was where everything familiar was.  It’s where our memories lead us back to, and where our stories begin.  Home.

3 thoughts on “The House on Villa Street” 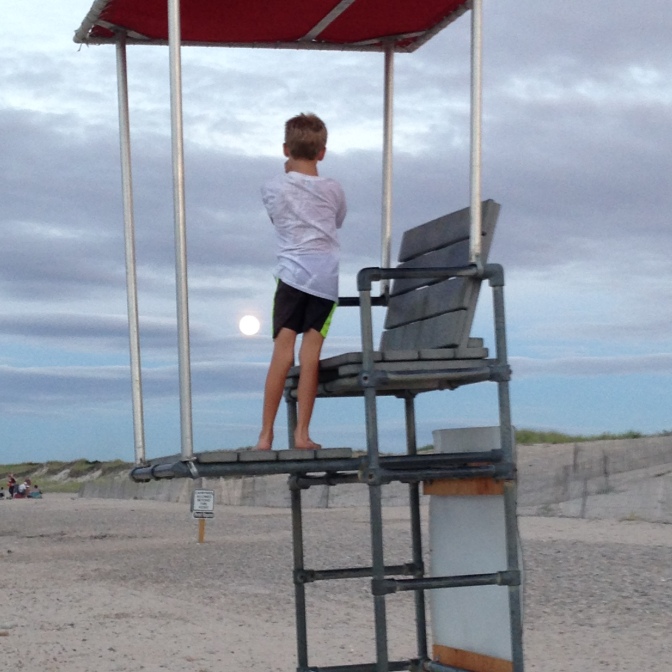 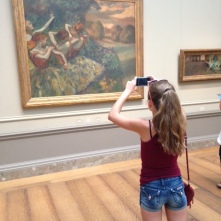 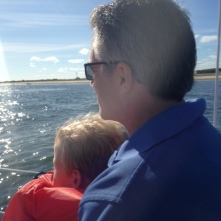 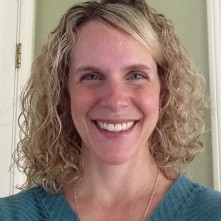 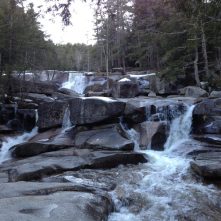 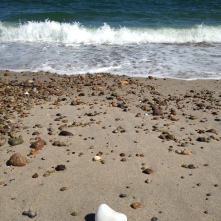